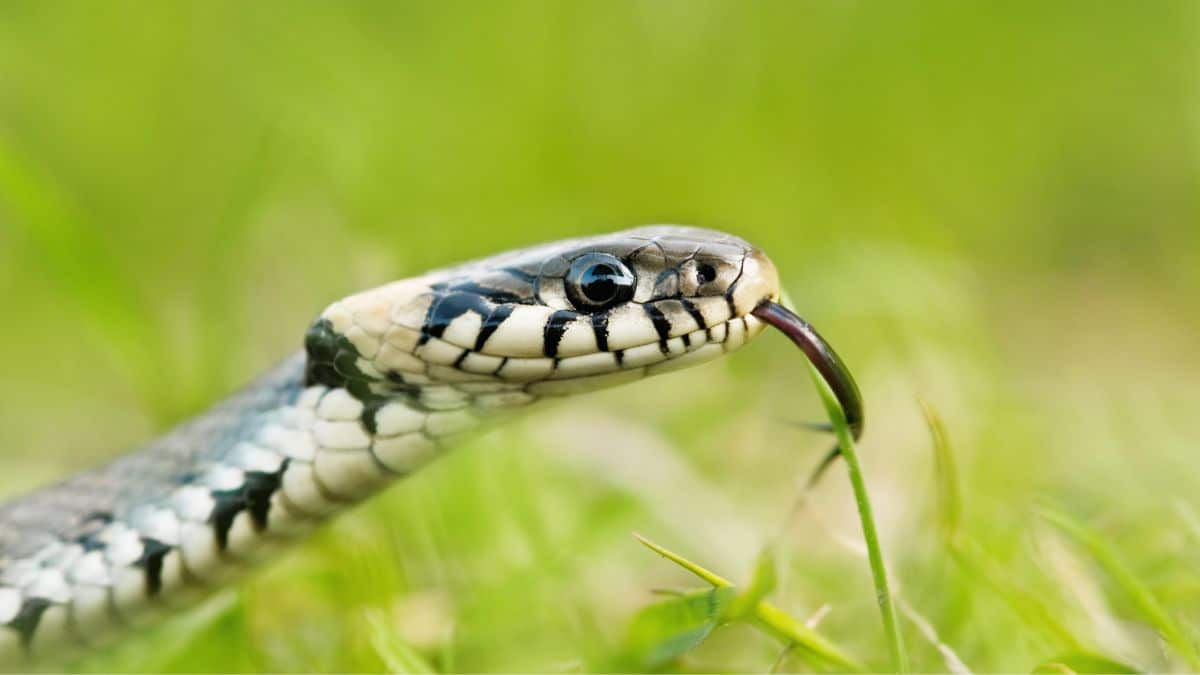 What’s the first reaction that comes to mind when you read or hear the word “snake”? Fear? I thought as much. And I also know that you’ll probably budge if I told you that there are animals that actually eat snakes as their main food in the wilderness.

How true is this? What animals EAT snakes!!? Not me, that’s for sure.

Well, snakes are amazing predators but they also fall prey to several other animals in most of the food webs in the ecosystem. Some of the top predators that won’t pass on an opportunity to feast on snake meat include snake eagles, mongooses, wolverines, bobcats, and many others.

So, how do they hunt or survive the poisonous bites?

Related articles: Is a bird a consumer, a producer or a decomposer? and Is a rabbit a primary consumer?

Find out all these below!

But, an interesting plot twist in evolution has also made them vulnerable to several predators such as:

Hawks are one of the most lethal birds of prey in the world, with their rounded wings and long tails. These carnivorous birds have incredible vision, allowing them to spot their prey from a great height in the sky.

Once they’ve locked on to a target, they’ll slowly lower themselves until they’re directly above them, then pounce on them, catching them off guard. They then use their strong talons to kill and consume their prey.

Although numerous hawk species can be spotted hunting and devouring snakes, one species, in particular, the Red-Tailed Hawk, enjoys eating these reptiles the most.

This species of North American hawk enjoys preying on snakes and has made them a regular part of its diet. They can consume all small-to-medium-sized snakes, although they favor Gopher Snakes and Rattlesnakes over the rest of that party.

Crocodiles are one of the deadliest reptile species, known for their ambush predation tactics. Just as most of the other big predatory lizards, crocodiles will eat almost anything that crosses their path when they’re in feeding mode.

And this also includes snakes.

They are not easily poisoned by snake bites because of their thick skin (a snake’s fangs cannot pierce a crocodile’s skin). This evolutionary trait has saved them a lot of unpleasant aftermaths had they been vulnerable to fang attacks.

Saltwater crocodiles, the world’s largest living reptile species, have a particular fondness for sea snakes and hunt them ferociously.

Well, foxes are little wild dogs that belong to the canine family. They are omnivorous and eat a largely meat-based diet.

Occasionally, you may spot a fox eating vegetables and fruits such as berries and apples when the opportunity arises.

In the remarkable food chain vs food web, it’s only during winter (when the flora is sparse) that the foxes are completely reliant on other animals for food.

Even though snakes aren’t part of their natural diet, if they’re hungry and chance to come upon one, they’ll devour it without a second thought.

Owls are part of the family of birds of prey. These birds, on the other hand, stand out among the raptors for their distinct appearance. A rounded head with two huge spherical eyes is typical, and they are strictly night-time predators.

The smaller owl species (such as the Screech Owls) prefer to consume insects rather than risk getting bitten by snakes, hence they avoid them.

Smaller snakes can be preyed upon by larger owl species such as Great Horned, Barn, and Barred Owls.

When attacked at night, the snakes have little to no chance of escaping the owls’ menu due to their impeccable night vision and stealth flights.

The secretary bird is a real screamer. The predator has a force that is five times their body weight. That’s more than enough to dispatch a large, dangerous snake in a single swift kick.

This creature, unlike most birds, hunts on the ground rather than in the air. The secretary bird also does not use its beak or talons to subdue its prey. Instead, it stomps on them using their powerful feet.

Efficiency and quickness are two traits that venomous snakes frequently employ to their advantage. Unfortunately for them, the secretary bird is up to the challenge, and it may exact a lethal blow on its prey’s head in a precisely-timed action.

These super reflexes are very important as one slight mistake or slow move can prove very fatal to the bird.

Some believe that turtles are docile animals that rarely inflict damage on other animals. While this is true for most turtle species, not all turtles are alike.

Are Snapping Turtles familiar to you?

These large, freshwater turtles have a reputation for viciousness. Even though the turtles lack teeth, they do have razor-sharp beaks that they use to kill and tear through their prey.

Fish, frogs, and water snakes are easy targets for these turtles because they spend so much time in the water.

Also, the Common Snapping Turtle is more omnivorous than the venomous species that has a long, dorsal ridged tail.

They are also known as snake-eating falcons. This is mainly because snakes are their primary source of food, and they go after it with all their might!

In a typical hunt, they swoop down from the sky and ferociously attack their next meal with their beaks, which are sharp enough to pierce through their prey’s skulls.

Despite this, they don’t just eat snakes but also prey on lizards, fish, small mammals, and birds.

As the largest member of the feline family, tigers must eat meat to survive. Their food sources range from termites to small and even big animals.

All this, of course, depends on where they are and what they can get their hands on.

A tiger’s normal diet does not include snakes. Apart from the fact that they have little meat to offer, they can also fatally wound tigers if they get a chance.

But all in all, this has not stopped this big cat from occasionally snacking on a chunky snake that strayed into its territory.

Eagles are enormous, powerful raptors commonly referred to as the “King of all birds” because of their size and flight abilities, which are quite comparable to those of vultures (except for the bald heads).

Eagles, like all birds of prey, have big, hooked beaks and strong talons, two of the most lethal weapons they can use to kill their prey.

Several eagle species specialize in hunting snakes as well as other reptiles, although, a few species prefer to dine on snakes first and then other animals later as snacks.

Some of the most common snake eagles include:

Do Snakes Eat Each Other?

Although snake cannibalism is rare, it does exist. The term “ophiophagy” refers to any animal, including snakes, that eats snakes.

With that said, some of the known ophiophagic snakes include:

It might come as a surprise to some of you that snakes are hunted for their flesh in some cultures around the world.

Although a major delicacy to these people, snake meat cannot be consumed daily as they are sometimes very difficult to hunt as they like staying away from the light.

Nevertheless, due to the high protein and fat content of snake meat, most snake-eating communities see it as a worthwhile challenge when all is said and done.

Ever thought of taking a swing at it? 🙂

Because of their small size and low venom toxicity, garter snakes are vulnerable to a wide variety of predators. This is despite their status as secondary consumers in their ecosystem’s food web.

For instance, bullfrogs are well-known for their voracious appetites and garter snakes have little chance against these massive frogs. They become an easy mark because they virtually share the same habitat most of the time. Also, you might find it interesting that the bullfrogs, like fish and slugs, can also fall victim to garter snakes if they drop their guard.

Another common garter snake predator is the milk snake. As one of the more docile species of snake, milk snakes aren’t particularly threatening and are popular pets for many people. But, being a subspecies of kingsnakes, milk snakes have also a voracious appetite for other snakes.

Crows also eat garter snakes as part of their staple food. They have an excellent vision that enables them to spot and pounce on unaware garter snakes in their vicinity. A dead garter snake is an easy meal for a crow, but they’ve also been known to take down live ones with relative ease.

What eats snakes in the rainforest?

These predators typically target small and medium-sized snakes, although huge predators like tigers and crocodiles can take down bigger snakes such as pythons and king cobras.

Other known snake-eating animals in the rainforests include the king cobra itself, honey badgers, mongooses, and many others.

Coral snakes usually fall prey to most of the already mentioned predators in this article.

All in all, the most popular coral snake predators include birds of prey such as hawks, owls, snake eagles, and falcons.

On the other hand, cats and coyotes are also common predators that would happily feast on coral snakes in the domestic and wild settings respectively. Still, you’d be surprised that when left to their habitat away from other preying creatures, the most common coral snake predator is normally another coral snake…!