Many people get confused about the difference between a food web and a food chain, however, telling them apart is not as hard as you may think.

Put simply, a food chain defines who eats who (for example, lions eat rabbits); a food web defines who eats who plus who competes for their feed (cheetahs and lions eat – and compete for – rabbits). Food chains are a one-direction interconnection. Food webs are illustrates a multidirectional connection between animals within the ecosystem.

A food web shows how animals of different species are interconnected with each other and how they interact in a food chain while a food chain usually shows the linear movement of energy (food=source of energy) from the producers in lower levels to consumers in the higher levels.

In this article, we’ll take a look at how all of these came to be.

Let’s get down to it!

Defining A Food Chain – Who eats who

As I mentioned earlier, a food chain is a pathway that usually shows the movement of energy from producers such as grass in the lower levels to the consumers (e.g., deer, wolves, and vultures) in the higher levels of the chain.

In this kind of system, energy cannot be created nor destroyed but flows in a linear path through different levels of living organisms.

The organisms usually depend on each other for food in the pathways seen in food chains. And these pathways are commonly referred to as trophic levels.

Characteristics of a Food Chain

So, what are the main characteristics that make up a food chain?

Levels of a Food Chain

A food chain is a direct network of connections in a food web presented linearly. This usually begins with organisms on the lower levels being consumed by others from the upper trophic.

There are typically 4 elaborate levels in any given food chain, namely:

There are only 2 types of food chains:

This type of food chain starts from the green plants then goes through to the grazing herbivores and finally to the carnivores.

In a Grazing Food Chain, the producers primarily depend on photosynthesis to create energy for themselves.

Examples of grazing food chains include:

This type of food chain starts with microorganisms like bacteria, fungus, or protozoa feeding off dead organic matter. The energy gotten from this level is then passed on to organisms that feed on detrivores and their hunters in a smaller food chain.

This ecosystem is less dependent on direct heat from the solar. They majorly depend on the influx of dead organic matter that is manufactured in a different ecosystem.

Such food chains mainly operate on the decomposing litter that has accumulated in the temperate forest.

Other examples of food chains:

The Importance of Food Chains

The 3 main importance of food chains are:

Defining A Food Web – Who eats who + Who competes

A food web explains how animals of different species are interconnected with each other and how they interact in a food chain. In other words, it defines who eats who (lions eat rabbits) and who competes for the same prey (lions and cheetahs eat – and compete for – rabbits).

It’s also basically a large collection of different possible food chains that are connected under one food web. Naturally, this makes a food web much larger than a food chain.

What’s more, you will also discover that one organism is probably consumed by more than one predator in a food web.

Characteristics of a Food Web

The main characteristics of a food web are:

There are different types of food webs depending on how they are constructed and what relationship the living organisms show within the particular ecosystem.

Classification of the types of food webs is entirely based on which part of the ecosystem is being examined.

They depict the relationship between different living organisms in an ecosystem by showing and quantifying the energy levels between them.

Because of changes over time in food relationships, scientists try to construct the relationship between different species based on past evidence from the fossil records in this type of food web.

It attempts to capture the evolutionary changes that a particular food web has undergone.

This type of food web shows how changes in one ecosystem can affect the rate of population growth in other ecosystems.

Here, scientists use differently weighted arrows to show one species being eaten by others.

The arrows are either bolder, narrow, or even wider – showing the degree to which they are being consumed.

If the interaction between the different species is weak, then the arrows may be narrow or even not present.

Just like in an Interaction Food Web above, scientists here also use arrows to show how one species is being consumed by others.

The only major difference is that the arrows are equally weighted because the degree of consumption of one species by another is not depicted.

Few Examples of the Food Web

Example 1 of a food web:

As you can see from the above example of a complex food web, the flow of energy does not only follow a singular simple line but also moves up and down and across.

Example 2 of a food web:

There are more efficient and accurate ways of showing feeding relationships. This is because most animals usually have more than one food source.

Let’s say a leopard feeds on a baboon and an impala;

The leopard can be placed in two different trophic levels:

Food webs can be easily imbalanced if organisms belonging to one population die or maybe disappear. This may happen because of:

The Importance of Food Webs

The main importance of food webs include:

What is a consumer in a food chain?

A consumer is an organism that eats other living organisms from different trophic levels in a food chain.

They are mostly heterotrophs while producers are autotrophs.

All consumers can’t create their own energy, hence, have to feed off producers and even other consumers from lower levels to survive.

Some great examples include all herbivores, carnivores, omnivores, and even detrivores.

What is a secondary consumer in a food chain?

A secondary consumer is an organism that feeds on primary consumers to acquire energy.

What are the similarities between the food chain and the food web?

Both food chains and food webs give a clear picture of “what eats what” in a particular ecosystem.

Again, both of them use lines to link unfamiliar species. Where species in one particular end is prey and the other one a predator. Also, a food web is just a compound form of many interconnected food chains. 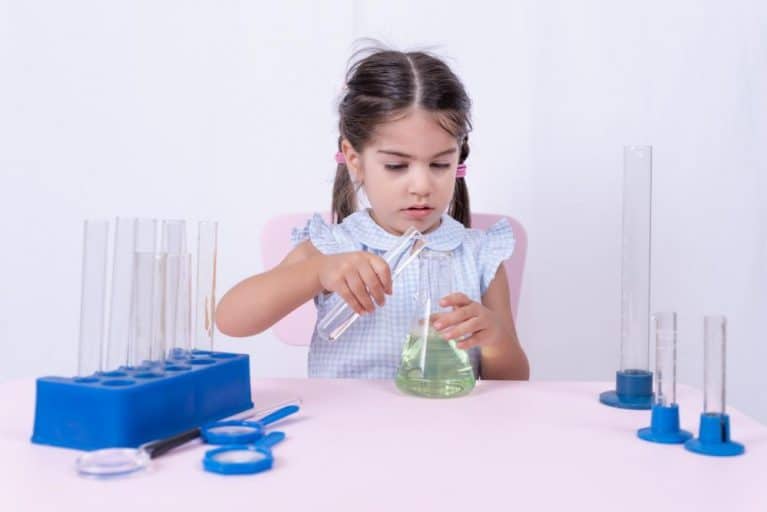