Contrary to what you may think, most people find a hard time trying to classify whether the grass is a producer, consumer, or decomposer.

That said, where does grass really fall? Where is it placed in the animal food chain and food web?

Grass (and other plants) are capable of making their own food through the process of photosynthesis. And any organism which makes its own food through the energy from the sun, water, and carbon dioxide is called a producer. On the other hand, rabbits are consumers as they need to consume foods as a source of energy.

Well, in this article, we’ll look at that and more…!

Let’s get right at it.

Related Article: Do Plants Breathe? and Is a Bird a Consumer, a Producer or a Decomposer?

A Producer or A Consumer?

Grass belongs to the kingdom Plantae, which means it makes its own food through a process known as photosynthesis.

That said, any living organism which makes its own food with carbon dioxide, water, and energy from the sun is classified as an autotroph. These kinds of organisms are also known as primary producers.

Therefore, grasses are classified as producers and so are many other plants that can make their own food.

A simple food chain usually begins with a producer, such as grass. It makes its own food; it converts sunlight into sugars through a process known as photosynthesis. From this level on, other players like cattle, deer, and other herbivorous wildlife feed on them and the chain will go on and on.

What is a producer? What is an autotrophs?

As mentioned above, producers are known as autotrophs. Auto means “self”, whereas troph means “food”.

You need to understand that autotrophs are organisms that create their own food from inorganic molecules such as nitrogen, phosphate, carbon dioxide, and water.

Producers mostly get their energy from the sun. They later use this energy to help break down the inorganic molecules into the complex carbohydrates such as sugars and starch that they use as food.

Now, when producers obtain energy for their personal needs, they also return the simple molecules to the environment when they expire and decompose.

Other examples of producers include:

When you try to analyze both a food chain and the food web, you’ll realize that all producers act as food sources for the primary consumers.

Most of the producers are green in color because they usually contain chlorophyll. This is a cell that absorbs energy from the sun and helps plants to produce their own food.

However, some bacteria that live deep under the ocean don’t use the energy directly from the sun.

So, what happens in such cases?

Well, these plants actively use chemosynthesis to produce their energy. It’s a process where plants use various chemical reactions to generate energy that’s later used to make organic food within the plants

What is a consumer?

A consumer is an organism that does not produce its own food. Therefore, it must eat other living organisms to get energy.

By that definition alone, you can see that grass is not a consumer since it makes its own food.

Consumers usually eat producers and include all the insects and animals that eat plants.

Most primary consumers are herbivores.

Examples of producers include:

Most secondary consumers are omnivores and carnivores that usually eat primary consumers.

Some examples of the secondary consumers include:

Is grass a decomposer?

Decomposers are small microorganisms that break down dead organic matter (plants and animals) and release the nutrients in their bodies back to the earth.

You cannot classify grass as a decomposer because they don’t break down organic waste matter from dead animals. They make their own food.

Decomposers are widely referred to as the recyclers of nature because they get energy for their own needs while giving out to the environment simple molecules.

Examples of decomposers include:

Some decomposers are not always microscopic. Some fungi such as winter fungus usually eat the dead tree trunks.

In such cases, the decomposers need to feast on the decaying flesh while still attached to the living organisms.

Which role does a decomposer have?

Decomposers usually act as housekeepers of the ecosystem.

Without them, dead animals and plants would keep accumulating – holding back the nutrients that the soil needs to nourish the grass and other producers.

What type of organism is grass?

Grass belongs to a diverse group known as Poaceae from the plant kingdom.

It is an independent producer organism that normally uses the direct light from the sun to synthesize its food from water and CO2. It also brings about oxygen for the consumers as a bi-product of photosynthesis.

The grass’ stalks and blades are its leaves and in between, it is millions of green chlorophyll cells which give the grass its green color. The grass is an organism in the producer’s category and forms part of the plant kingdom.

However, there are specific plants that are also consumers. Examples are Venus flytraps and Pitcher plants which attract and eat insects.

Is grass a decomposer?

Grasses are not decomposers. They are normally classified as biotic since they are living organisms.

To clarify, grass does not convert waste organic matter from dead animals and plants into nutrients.

What they do instead is use the rich nutrients that are left behind by the decomposers together with sunlight and water to manufacture their food.

How important is grass in an ecosystem?

Grasses play a crucial role in maintaining balance in the great ecosystem.

Sweetgrass, for example, preserves its nutrients in its leaves during the cold seasons, providing a food source to grazers during cold seasons. Sour grass, on the other hand, has deep roots that interconnect within the soil to prevent soil erosion.

Grasses are also known for helping keep soil temperatures cool against the sun. They help the soil to counter strong winds, increasing the moisture retention rates of the soil at the end. 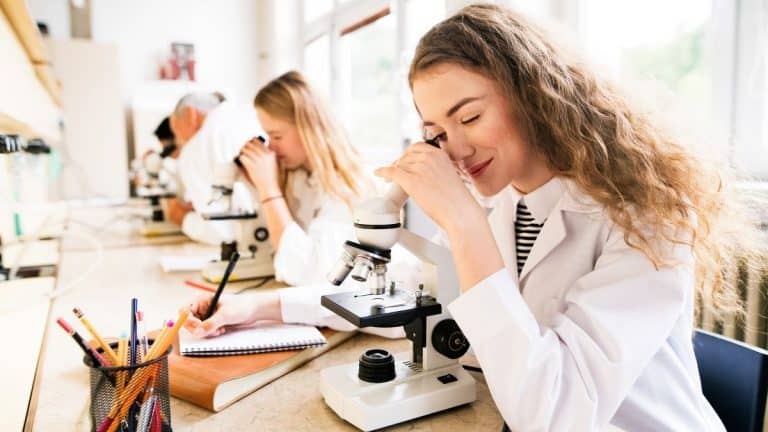