Vector is the newer robot from consumer robotics company Anki. It follows on from the hugely successful Cozmo, with a lot of similarities aesthetically. In fact, at first glance, you might think there is very little difference between the two.

What is the difference between Cozmo and Vector?

Although they look similar, the biggest difference is that Cozmo requires an app for interactions, whereas Vector is mostly autonomous. Vector connects to WiFi and responds directly to voice commands, giving him a more intelligent ‘feel’.

When you take a closer look at the hardware and other specs, Vector is really quite a lot more advanced. Evident from the fact Vector features a total of 700 components – nearly double Cozmo at roughly 370! Below we go into a bit more detail about what we think are some of the main similarities and differences between Anki’s two robots — Vector vs Cozmo.

Although externally the two robots are extremely similar, as mentioned above there are a lot of differences once we take a look at the hardware. For this section, we thought it would make sense to split it up into the advantages of each over the other. 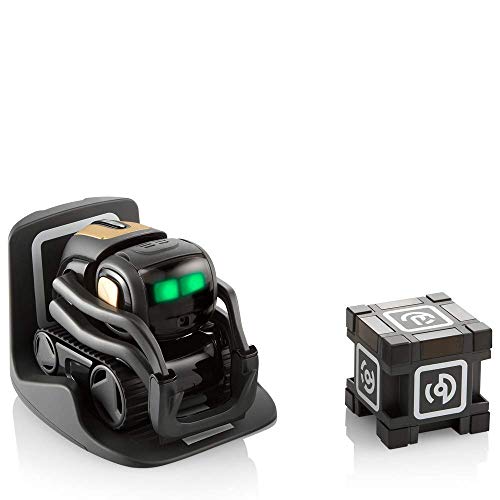 An adorable robot that can connect to a WiFi network independently, which adds so much more functionality. 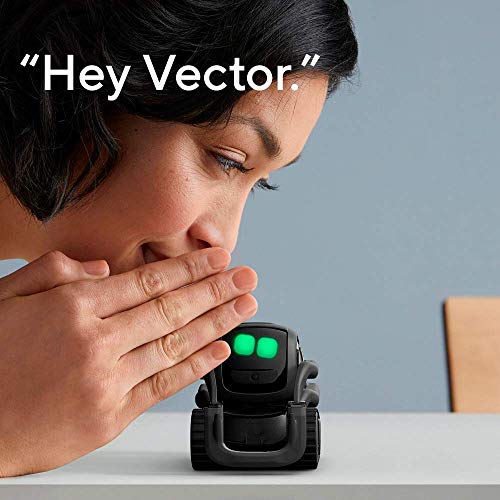 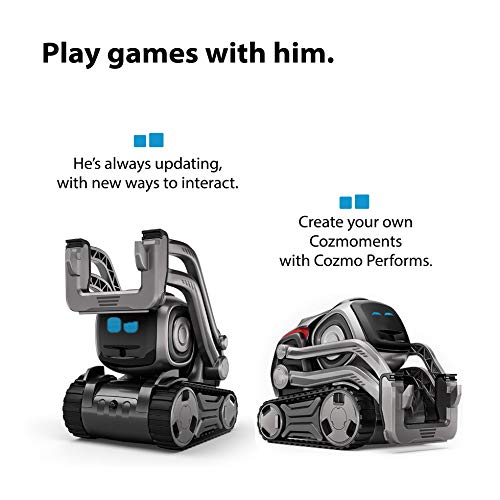 Most suitable for younger kids since this cute and witty robot offers lots of kid-friendly-games. 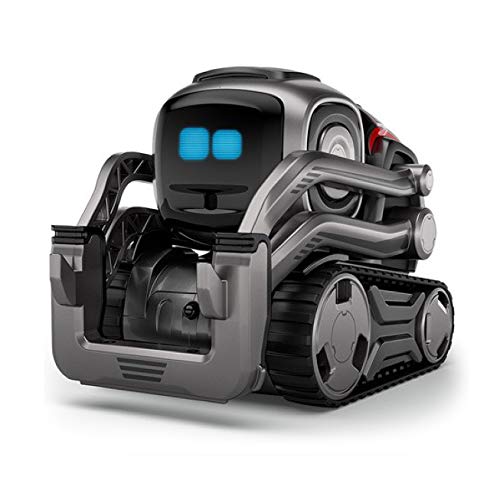 That’s about it for now! We will continue to update this article with any new developments that are released.

To the best of our knowledge, Cozmo and original Vector stopped production some time ago, so that the units available are becoming increasingly difficult to find! Indeed, the list price of Cozmo has soared to Collectors’ Item levels.

In great news for fans of these personable robot assistants, Digital Dream Labs (DDL), who now own the rights to the Anki tech, are bringing out a Vector 2.0. The new version of Vector is shaping up to be even better than the original. Pre-orders have already run out, but you can click here to join the waitlist.

In December 2019, Digital Dreamlabs (DDL) bought all the rights and tech for Anki’s Cozmo and Vector robots. As discussed in a previous update (below), Anki went out of business in April 2019. The purchase by DDL is terrific news to fans of Cozmo and Vector (eg. Us!), since it means there will be continued support, and potentially even further development of these little dudes. For more details of the DDL rescue, see our Vector Robot Review.

In April this year, Anki announced that it was shutting down. This saddened us immensely – Cozmo and Vector remain two of our favorite STEM toys! However, there are a some silver linings: 1) Anki robots are still fully functional, 2) there is ample community-led support for both Cozmo and Vector, and 3) prices for both have come down substantially. In fact, in the later stages of 2019, we have seen prices for Vector plummet to the point that it has been selling much less than Cozmo! While there is obviously some risk associated with buying toys that were manufactured by a now-defunct company, the technology that can now be had for the price is incredible! So much so that we recently bought STEM Toy Expert Jr (11) a Vector for his birthday, and we can report that he thinks it is ‘adorable’!

Is Cozmo better than Vector?

The technology inside Vector is clearly superior to Cozmo. However, each robot is targeting a slightly different audience. Cozmo needs to be controlled via an external app, while Vector has the onboard processing power to be voice-controlled independently. Apart from much higher processing power, the Vector also has improved camera resolution, some extra sensors, a higher resolution display and can even find its own way back to its charging station! Cozmo, on the other hand, is less technologically advanced, but has been on the market for more time and has a more mature community. It was also designed with slightly younger kids in mind and has a more game-centered mode of play in mind.

Can Cozmo interact with Vector?

To the best of our knowledge, no. Vector and Cozmo both have cubes that they are very adept at interacting with, and Vector can be quite ‘intelligent’ in how it interacts with its environment, but Cozmo was not designed to interact with his more advanced counterpart, Vector.

Yes! Well sort of. Cozmo can play with his three cubes in a variety of ways, eg. stacking them, knocking them over, etc. However, Vector comes with only one cube, so his play options are more limited. In contrast, Vector has a capacitative touch sensor on his back, opening up play options that are unavailable with Cozmo.

Is Anki Vector good for kids?

Vector has a lot of personality. In many ways he is more voice assistant than toy. Our experience is certainly that kids like him. However, to get the most out of him may require delving into coding and the SDK to a greater extent than some kids are willing to go.

Can Cozmo recognize other Cozmo?

No, Cozmo cannot recognize other Cozmo toys. As for Vector, this type of recognition was in the development plan, however, with the closure of Anki, we believe that this feature has not been developed.

Can you program Cozmo?

Yes! Cozmo can be programmed via a mobile device using the included Code Lab. This is a graphical programming interface based on Scratch blocks. For more advanced users, there is a full Python SDK available.

Can Anki Vector be programmed?

Yes! There is a software development kit (SDK) alpha, which uses Python to enable programming of the Vector.