Why do girls leave STEM, even as early as elementary school?

It’s not necessarily because they don’t enjoy it or find it uninteresting. It’s most often because there aren’t many other girls or female role models, so they naturally gravitate to other areas with female peers.

Quite simply, for a girl to “stick it out” in STEM, they need lots of passion and plenty of encouragement.

And this encouragement needs to come from their parents, teachers, and finally, the whole society.

The Issue: Girls Often Feel They Don’t Belong in STEM

Girls – just like boys – are often highly motivated by a desire to fit in with everyone else and are often inseparable from their groups.

Case in point: “I was the only girl in my high school robotics class. This was only a few years ago and it was a fairly popular subject (because robots are awesome!), yet there were no girls.”

It had become known as a “boy” subject. The girls avoided selecting it because they knew their friends wouldn’t be there, leaving even fewer girls in the subject than before. So when selecting further study options or entering the workforce, that’s still subconsciously in the minds of many girls.

“I don’t want to have no friends again.”

The other big problem is the lack of female role models in STEM.

Name any TV show or movie that centers around STEM. Big Bang Theory, the smart scientists are male, the girl is a ditzy blonde. In Back to the Future, there’s a male scientist/inventor Doc Brown; The Martian; Iron Man… The list goes on endlessly.

Cartoons, movies, books, and even advertisements use the stereotypical MALE nerd to build confidence in their branding. As if there weren’t any female nerds!

Or females, for that matter.

Quite simply, the greatest exposure many girls have to go through to even consider STEM as a career path were all carried out exclusively by nerdy males, complete with white hair and glasses.

And if this stereotypical bias weren’t enough to turn girls away, this certainly manages to ingrain itself deeply enough into the society that it SURPRISES people when a girl does try to enter STEM.

You may not mean to be at all hurtful. But when you drop a comment about not knowing a female engineer or show surprise that a girl is interested in computer programming, or ask a question about whether she’s really thought through her dream of becoming a physicist – all of those are small examples originating from social stereotyping that built a wall of negativity between girls and STEM.

The Solution: How to Encourage Girls in STEM?

Against that level of opposition, it’s hard to see many girls choosing STEM.

So if you’ve got a STEM-interested girl in mind, there are some practical ways you can help them engage in these exciting areas. It would be a long process to encourage their passion – like providing female role models as well as giving encouragement and stirring up some genuine interest.

Along those lines, there’s also a growing body of popular culture bringing underrepresented women to light. Movies such as Hidden Figures, and books such as The Glass Universe, even Roald Dahl’s Matilda (showing girls that nerdy is cool), are all bringing female STEM professionals to life.

There are also a few books like Headstrong: 52 Women Who Changed Science-and the World as well as Wonder Women: 25 Innovators, Inventors, and Trailblazers Who Changed History, which showcase a selection of inspirational women that just goes to show a young girl how much opportunity there really is out there.

If she’s reluctant to do something because of peer pressure, isolation, teachers’ biases, or anticipation of being surrounded by males, there are still a few things that you can do: 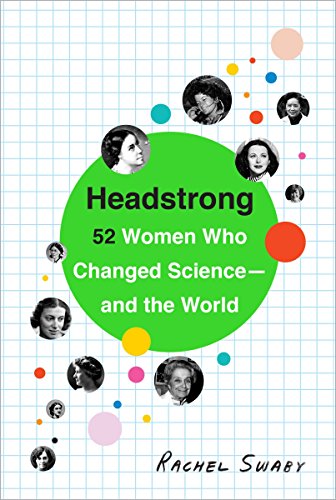 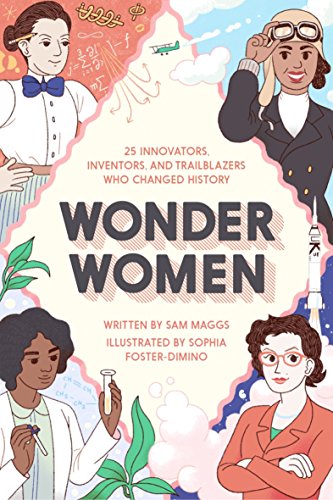 She will get older and continue to show an active interest in pursuing a career in her chosen interest.

Whatever that career may be.

But your role to continuously support her doesn’t end there.

Show that you’re really interested in what she’s learning and what role she’ll play in the future. STEM careers have great prospects and exciting innovations in-store! So it’s your role to encourage her to follow her passion regardless of society’s negativity.

But if her interest does diminish naturally, please don’t force it. Being a pastry chef or a history teacher may well be her calling in life. Her early interest and STEM knowledge will continue to serve her well in our changing society and it’s more important for her to be confident in her own choices.

And as for the girls who love it, expose them to several amazing innovations, introduce them to the incredible female leaders, and encourage them to follow their dreams!

Arwen Nugteren is currently studying Chemistry at an Australian university. She balances work as a lab assistant with science writing. You can read more of Arwen’s work on her blog – https://scientiapotentiaest.blog