Stone Age is a deceptively complicated game with a simple rules set.

It may seem basic at first glance, but there are key strategies within Stone Age that are always going to let veterans beat new players. I’m going to explain the strategy you can use to win more often, so you can brag to all your friends next game night.

Stone Age has a hard-to-predict game length considering games tend to end when a building stack is empty. That said, strategies that favor the long game in Stone Age are more powerful than playstyles that try to end the game early. The main reason for this is that you can directly prevent the game from ending for a round or two by blocking building stacks. If you put a meeple on a building stack and don’t buy anything, you can prevent other players from ending the game for a turn or two, often long enough for late-game strategies to win out.

Speaking of late-game strategies, the main things to focus on if you’re playing for the late game are items and resources that provide permanent benefit. Tools, Meeples and Food Production are resources that are way more efficient if they’re bought in the early stages of the game, as they offer benefits every turn. Resources like huts are equally good no matter what stage of the game you buy them in, so you can buy them later. Get your groceries, and then consider buying a house later if you have the money.

Farms vs Meeples vs Tools

There is a lot of complicated math behind Stone Age and efficiency. It’s very cool math – though that’s not a high bar- but sometimes there are more elements to a game than raw math.

If we’re only counting resource efficiency, farms annihilate meeples; you would need an absurd amount of Meeples to keep up with the efficiency of farms when it comes to resource growth and handling your civilization. Tools also outrank meeples economy-wise, but they have more random chance involved.

So should we just completely ignore meeples? No. 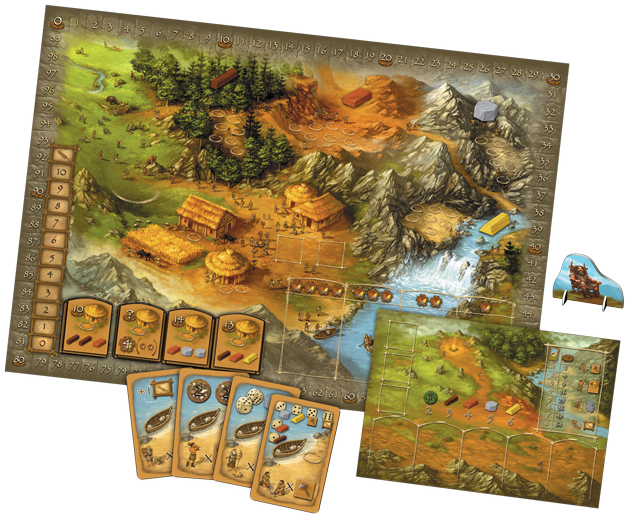 A Game of Chance

In a perfect world, we’d be able to run through a Stone Age game without needing to worry about anything other than farms and tools. 5 Meeples would always be enough, and all of the cards and dice rolls would go our way.

Of course, that’s never the case. We’re all unlucky, and our opponents are always lucky.

This is why Meeples offer a precious resource beyond resources. They’re flexible. Every time you add another Meeple to your growing clan, you’re adding more options on future turns. This doesn’t remove their inefficiency, especially if you build them later, but it does mean that they are less harmful than they seem.

Sometimes the cards or dice rolls in Stone Age don’t go your way. If that happens when you have a low population count, it can be devastating, but if you have a couple of Meeples to spare, a bad string of luck will hurt you less.

The second big reason to not ignore meeples is that the ‘love shack’ is a contested resource. Lacking meeples can be devastating to your game in Stone Age, and if other players see that you’re falling short, they can target that weakness. The biggest tip that will make you win more games of Stone Age is to ensure you’re keeping track of the game length. Knowing when the game is going to end is critical to sneaking a last could victory points away from your opponents.

Unspent resources are worth 1 VP each in Stone Age, which is something, but they are worth more than that when they are invested in almost any card, meeple, or building. By knowing when the game will end, you won’t get stuck with five gold and nowhere to spend it, or with a pile of wood sitting on your lap, burning a hole in your pocket.

This sometimes means making painful plays. Are you one resource away from a sweet purchase, but you know the game will end next turn? It’s smarter to buy the lesser card and sigh wistfully than wait for the game to end and finish the game with unspent resources.

If you’re willing to sacrifice your humanity, you can use Stone Age’s mechanics to make your opponents have fewer resources and ensure you control the game. That said, these are more about denying your opponents than they are about winning the game yourself, so these are options better leveraged if you already have a lead and hate your friends. 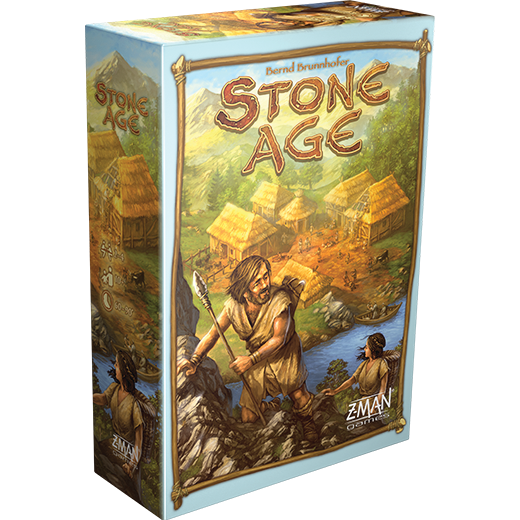 An awesome option for a fifth player to join the fun as well as for players to acquire more resources to help win the game.

Can I win every game?

Maybe! But generally no. Stone Age includes a lot of randomness and sometimes you just can’t beat the Gods of Chance.

What’s the perfect number of meeples?

As low as you’re comfortable with is technically the most efficient, but some people find playing with too few frustrating, so make sure you’re having fun.

Should I buy cards or huts?

Buying cards early is generally safer than buying huts. Huts are better once you know what you have to put inside them.